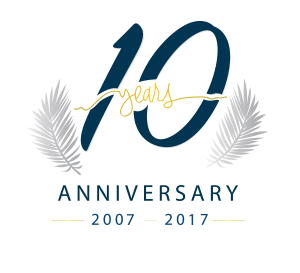 This year, 2017, marks the 5th anniversary of the visit of H. M. Sultan Qaboos to GUtech & the 10th Anniversary for the establishment of the German University of Technology in Oman (GUtech).

With just 48 students, classes were held in the Beach Campus in 2007.  A lot can happen in 10 years! We now have over 2,000 students studying at our built-for-purpose campus in Halban. We have chosen from the beginnings to give priority to quality over quantity. We have made a conscious effort to set GUtech apart by committing on the highest academic standards.

We invite you, staff, students, alumni, industry partners, decision-makers, to join us in our celebrations. We have planned different events throughout the academic year 2017/2018. Our events will kick off with a weeklong events starting from 6 December 2017. We share with you here the dates for you to save!

12 December 2017:  5th anniversary of H.M. Sultan Qaboos visit to GUtech  (by invitation only)