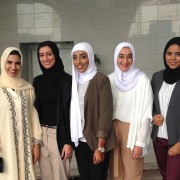 A group of ambitious students from the Department of Applied Geosciences at GUtech along with their professors, recently excelled other teams winning three different prizes in international competitions held in Manama, Bahrain. GUtech participated for the first time in the prestigious Imperial Barrel Award (IBA), and the 5-member strong student team secured a 3rd prize. A three-member team won the 1st prize in the EAGE geo-scientific quiz, and one GUtech student won the 3rd prize in the student poster competition.

“For me Geosciences is like being a doctor for rocks” said Atiya, who initially wanted to study Medicine, but then received a PDO scholarship for studies at GUtech. “From the rocks we can see the history, which is very fascinating for me,” said Ahlam, another GUtech student team member.

Thanks to six weeks of extremely intensive work, the GUtech student team won the bronze medal in the IBA competition. “We had to analyze a big data set from seismic and wells, to study the chance of finding oil and gas in a vast area offshore New Zealand. At GUtech we analyzed the data in the Schlumberger Laboratory, using sophisticated software packages. During the conference we had to give a presentation to a panel of three experts from Aramco, Schlumberger and the regional AAPG president.” said the IBA team members. “What is most fascinating about studying petroleum geosciences is that we can send seismic waves into the subsurface and that from the reflected waves we can predict the chance of finding oil” said Haifa Al Salmi, Lecturer at the Department of Applied Geosciences at GUtech. She coached the GUtech IBA team together with Prof. Dr. Wiekert Visser.

GUtech student Ahlam also received the third prize for her scientific poster entitled “Variations of Oil API Gravity across the Sultanate of Oman”, the result of her internship project at Petroleum Development Oman (PDO). Her poster was co-authored by Prof. Dr. Wiekert Visser, Head of the Department of Petroleum Geosciences and Mohammed al Ghammari (PDO). Ahlam had gathered oil quality data from 1361 wells in Oman. “Lighter oil is found in the North of Oman and heavier oil in the South” she explained. Out of one hundred posters that were submitted, only 10 were chosen for presentation to a panel of experts.

Finally, the student team Sabra, Ahlam and Al Muhanna won the 1st prize in the Geosciences Quiz of the European Association of Geoscientists and Engineers, out of 20 teams. As a price they received a travel grant to attend the EAGE convention in Vienna in May/June 2016. “I think the conference was a great experience for us. There were many activities like the quiz, workshops on soft-skills and technical workshops. In the evening we also had the chance to speak to many professionals from the Middle East who encouraged us to work in the oil and gas sector” said Sabra. Reflecting on their team spirit, Sabra said: it was the first time for us to work together in a team. “In my view the key aspect of the IBA competition is that students learned a lot” said Prof. Dr. Wiekert Visser.

All students of the team will graduate this year and then wish to continue working in the oil and gas sector in Oman or pursue their MSc studies in Germany, at GUtech’s partner university, RWTH Aachen University or elsewhere. 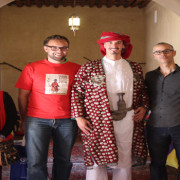 German University of Technology in Oman held a Staff Day Out for its employees in Nakhal Fort which is one of the most prominent monuments in the province of South Batinah.

This event is held annually by University to achieve an outstanding working environment for its staff in various departments, the event included a variety of activities in addition to a treasure hunt contest in which the employees were involved, which created an atmosphere of fun and interaction among the staff and achieved the goal of holding such events. The contest was organized by Sports Department of the University. The winning team has earned airline tickets to Europe presented by Swiss Air, the sponsor of the event. The competition also aimed at introducing the employees to the various tourist places in the province of Nakhal through the process of hunting for the treasure.

At the end of the day, the Rector of the University distributed prizes to the winners and the teams participating in the competition, in addition to honoring a number of employees. 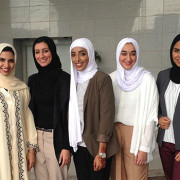 The 12th Middle East Geoscience Conference (GEO 2016) is held every two years in Bahrain’s International Exhibition and Convention Centre. It is an event that attracts participants from industry and academia. It has a strong focus on hydrocarbon geology, geophysics and regional geology of the Arabian Peninsula.

A group of six AGEO students attended the conference together with the GUtech staff Haifa Al Salmi, Wilfried Bauer, Michaela Bernecker and Wiekert Visser. The students were prepared and guided by the professors and the success in various competitions reflects that our BSc graduates can play in the top league of Geosciences in the Middle East.

The AAPG (American Association of Petroleum Geologists) Imperial Barrel Award is a prospective basin evaluation contest for geoscience students around the world. The teams of many Universities analyze geological, geophysical, economic and production data in a real world scenario. The GUtech IBA team consisting of final year BSc students: Sabra, Ahlam, Jamla, Atiya and Harith received the bronze medals (3rd prize). The students were supported by GUtech and PDO staff in their challenging tasks.

Student Ahlam Al Jabri also received the Student Poster Award: 3rd prize. The poster “Variations of Oil API Gravity across the Sultanate of Oman” is the result of her PDO internship project in Geochemistry and is co-authored by Wiekert Visser and Mohammed al Ghammari (PDO).

Finally, three of our students Sabra, Ahlam and Al-Muhanna won the 1st prize in the on-site Geo-Quiz of EAGE (European Association of Geoscientists and Engineers) and received a travel grant to visit the next EAGE convention in Vienna in May/June 2016. 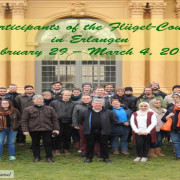 The course was held at the FAU University in Erlangen, Germany and covered all classic and modern aspects of carbonate sedimentology. Lectures on different topics of carbonates, given by professors from several German Universities were intensified by microscopy exercises. The main focus of the course is on recent developments in carbonate sedimentology with applications. The Geo Center in Erlangen owns a world renowned, one-of-a-kind collection of carbonate thin-sections and sediment samples. This famous international course is well known worldwide. Until today, 1500 colleagues from academia and industry already attended the course. This year five AGEO BSc and MSc students Husam Al-Rawahi, Ali Al-Hajri, Marwa Al-Riyami, Shamsa Al-Brashdi, Reem Al-Tuqi received scholarships and travelled to Germany to attend the course. This course provided an exciting experience to our students by working and studying in an international environment and prepared the high performing students interested in Carbonate Reservoir Geology and Limestone Industry.