You are here: Home / About / Connections
Affiliation

RWTH Aachen University is one of Europe`s leading institutions for science and research. One out of every five board members at German corporations is an alumnus of RWTH Aachen University. The university comprises 260 institutes in nine faculties with 2500 academic and 1900 administrative staff. Together with staff financed by research and consultancy activities, the overall staff of RWTH Aachen University counts nearly 8000. In spring 2012, around 32,200 students were enrolled in over 100 academic programmes. Around 5,000 of them are international students from 120 different countries. The scientific education students receive at RWTH Aachen University is firmly rooted in real-world applications. As a result, RWTH Aachen graduates are highly sought after by businesses in Germany and abroad as trainees and for executive positions. The latest national ranking regarding the employability shows that RWTH Aachen graduates have a high aptitude for managing complex tasks, constructive problem solving in teams, and taking on leadership responsibilities. Work conducted in the research centers at RWTH Aachen University is strongly oriented toward the current needs of industry, commerce, and the professions. This has led to numerous innovations, patents, and licenses. The individual competence centers at RWTH Aachen collaborate very effectively across departments and faculties in interdisciplinary groups and forums, while still maintaining a strong focus on their own department specialization. The strength in each specific subject is seen as the basis for a successful cooperation across the boundaries of disciplines. This was a crucial factor in motivating multinational corporations such as Philips, Microsoft, and Ford to locate their research institutions in the Aachen region. Against this background, it comes as no surprise that for several years now, RWTH Aachen University ranks as the premier German university as regards external funding: According to the 2011 report of RWTH Aachen University, the university was able to secure over €300 million in funding from business and industry as well as in public research grants from the German Research Foundation, the European Union and public institutions like federal as well as state ministries. This result demonstrates RWTH`s special status among German universities and illustrates its success in linking academic research with private sector innovation activity. The university`s innovative force is also reflected in the high number of start-ups in the area. Over the past thirty years, about 1,250 spin-off businesses were founded that created around 30,000 jobs in the greater Aachen region. In 2005 the so-called Excellence-Initiative was launched in Germany in order to select and support the best universities in Germany. In a very competitive way nine universities were awarded the label “Excellence University” one of them RWTH Aachen University. The main part of RWTH`s proposal was the overall strategy “RWTH Aachen 2020 – Meeting Global Challenges”. Excellence in teaching and research constitutes the basis from which RWTH Aachen University works with other leading institutions and technical universities from around the world. To give an example, RWTH participates in the IDEA League, a network of the leading Universities of Technology in Europe, that defines standards for degree programmes and academic training. Such international collaboration also serves to enhance the university`s position in the competition for highly-qualified and motivated students both from within Germany and abroad. In 1999 RWTH Aachen University established the RWTH Aachen International Academy, offering courses for companies, ranging from short term to complete Master`s programmes, in the particular fields of engineering, management and dentistry. Within the internationalisation strategy of RWTH Aachen University, the German University of Technology in Oman (GUtech) is the latest milestone of the university.

By establishing its new, extensive research park, RWTH Aachen University aims to become one of the leading technical universities worldwide. Over the next few years, the 800,000 m² extension site will see the development of up to 19 research clusters, complete with science facilities, office buildings, and integrated support spaces. This major expansion of the university is not only expected to create about 10,000 jobs in the process, but also to bring collaboration with industry onto a new level. Apart from hosting thematic research networks, RWTH Aachen Campus provides up to 250 national and international high-tech companies with the opportunity to establish R&D subsidiaries on campus and participate in the university`s research and educational activities on a long term basis. In this way, the scope of collaboration between business, industry and academia can be significantly enhanced. In the final phase the new RWTH Aachen Campus extends to about 2.5 square kilometers, encompassing the currently existing campus as well as two extension sites.

RWTH TU9 – Excellence in Engineering and the Sciences made in Germany

TU9 is the association of the nine top Institutes of Technology in Germany. The members of TU9 are:

The German University of Technology in Oman (GUtech) is the first private university in the Sultanate to receive international accreditation for its Bachelor of Science degree programmes.
All of GUtech’s BSc programmes were awarded international accreditation status in July 2009 by ACQUIN (Accreditation Certification and Quality Assurance Institute), www.acquin.org/en/index. ACQUIN is a non-profit agency committed to supporting the enhancement of quality standards for teaching and learning in higher education worldwide.
The accreditation was awarded after a rigorous procedure that involved an ACQUIN peer group visiting GUtech in January 2009 and evaluating the academic programmes on offer. The group was made up of 10 experienced academics from four different German universities and two ACQUIN staff members.
Following their visit the group submitted a report to the ACQUIN expert committee who gave their stamp of approval. All Bachelor of Engineering programmes (BEng) and Master programmes will undergo the same process in the near future to guarantee a balanced and homogeneous quality level within every programme offered by GUtech.

What does the international accreditation mean for students?

Having an international accreditation means that the University’s bachelor programmes are developed at the highest standards, equivalent to the education received at established and reputable universities in Europe, the United States or Australia.
All of GUtech’s programmes are tailor-made to meet the needs of the region – now and in the future – and the international accreditation took GUtech one step closer to its vision of becoming a leading university of technology in Oman and the wider region.
With a degree from an internationally accredited university students will have more options than ever before, ensuring we are giving them the best start to their professional careers.
For parents of current and future students, having international accreditation is a further assurance that students at GUtech are receiving a world-class education without the need to leave the Sultanate. It also means that graduates of GUtech can continue their studies at any other university of their choosing if they fulfill the requirements.

All programmes at GUtech are also licensed by the Ministry of Higher Education, Research and Innovation(MOHERI). 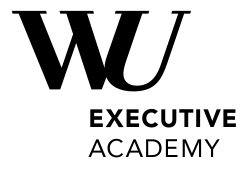