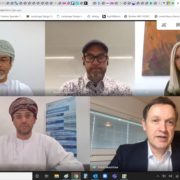 Oman Education Services (OES, LLC) has signed an exclusivity agreement with Eduten, a Finnish company with more than 15 years of proven expertise in gamification-based mathematics learning, to bring Eduten Playground into the Finland Oman School (FOS), the GUbridge Foundation Programme of the German University of Technology in Oman (GUtech) and beyond.

Eduten, a spin-off of the globally ranked top 1% University of Turku, is behind Eduten Playground for primary and secondary students. Eduten Playground is supported by artificial intelligence and offers a library of more than 200,000 high-quality pedagogical online mathematics practice tasks for students aged 6-15 years.

Commenting on the exclusivity agreement with Eduten, OES CEO, Al Salmi said: “Recognising the significant role of the digital education in boosting pupils’ learning and believing in the importance of equipping our students with the Fourth Industrial Revolution skills, our agreement with Eduten goes hand in hand with our vision to providing quality education to the people of Oman and to empowering our students, in FOS and GUtech, to learn mathematics through Eduten Playground, Finland’s no 1 motivational digital learning platform that encourages autonomous learning.” “Math performance in Oman has been a challenge and we believe that Eduten Playground, when deployed properly, can improve Omani students’ Math results.” He added.

The platform complements FOS approach of pedagogical differentiation and offers teachers opportunities for setting up highly individual learning pathways for students and generating detailed learning analytics for each student.
From his side, Eduten CEO, Henri Muurimaa, stated: “With this venture, Oman will be joining the growing list of countries benefiting from the extensive research and proven effectiveness in digital mathematics learning while simultaneously helping us to achieve our ultimate mission of offering students worldwide the opportunity to reach their academic potential.” “OES is a perfect partner for us and together with OES we are ready to expand in Oman for modernising the teaching methods and for transforming the learning journey for higher results among FOS students and many other schools in Oman.” He concluded.

Capitalising on the expertise of Eduten and leveraging FOS growing reputation, the agreement appoints OES as the exclusive distributor in Oman and paves the ground for undertaking research that will expand the digital platform to address other regional needs in Arabic and Arabic related subjects.

Oman Educational Services (OES) is a 100% Omani-owned limited liability company, established in 2006. In the past 14 years, OES has ventured into different projects with a core interest in education – The German University of Technology (GUtech) in 2007, History of Science Centre in 2017, and Finland Oman School in 2018 – allowing OES to be established as a leading educational ecosystem in Oman.

Eduten Ltd is a spin-off from University of Turku that provides Finland’s most popular digital learning platform Eduten Playground to educational institutions around the world. Eduten Playground has proved its worth as a scientifically validated mathematics platform since 2011 by more than 450,000 users in Finland 40+ other countries, including Hong Kong, Sweden, the United Kingdom, Australia, United States, United Arab Emirates, various countries in Europe, Asia and Latin America, and now Oman. 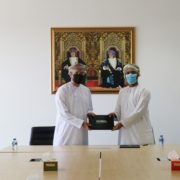 The German University of Technology in Oman (GUtech) signed on Tuesday 8 September a cooperation agreement with PhazeRo at GUtech campus to offer artificial intelligence, AI, courses to equip GUtech students with much needed AI skills and to bridge the gap between AI theory and real-world AI applications through project-based learning with real industry challenges.

PhazeRo is a specialist consultancy and future-oriented technology education group, building the region’s largest engineering team out of local software talent. PhazeRo handles digital consulting, software development, talent onboarding, and continuous improvement for corporate clients so they can get back to focusing on their core business.

Al Salmi announced that the signing of the agreement establishes a solid partnership ground with PhazeRo, as it will contribute to bring in real-world AI applications to the classroom. He added that GUtech spares no effort to provide students with the right practical skills they need to be ready for the job market. “collaborating with PhazeRo to infuse our curriculum with hands-on learning opportunities is an example,” he said, before adding that GUtech always seeks to bring in the industry into the learning process of students.

GUtech is finalising all requirements to launch the Cyber Security and Artificial Intelligence programmes, he stated. “It is extremely important to bring in the practical aspects of AI into our Computer Science curriculum and beyond.”

Through the expertise of PhazeRo, GUtech students will get to explore the real-life applications of AI in different sectors. Al Rawahi “We believe that high-performing tech talent is at the heart of a thriving innovation ecosystem. Our mission is to accelerate the development of the next generation of software engineers and data scientists to realise the ambitious goals laid out in Vision 2040. To achieve this, deep integration between industry and academia is necessary. We are excited to co-create a programme, with the GUtech, that infuses our industry experience with a rigorous academic curriculum that is very practical in nature.”

In the pilot stage, PhazeRo will deliver introductory AI courses to third year Computer Science students in September 2020. Al Sahli explained that “With the AI boom, it was necessary for GUtech to find an industrial partner who can support our vision in forming local AI experts.”

He continued: “PhazeRo is a young and very promising Omani company which we think can connect GUtech to the AI market and support us in improving our academic programmes by offering the opportunity to our students to practice AI concepts in real-world applications. We will start this partnership as soon as this month with a course that PhazeRo will offer to our third year CS students. This course will focus on machine learning and will give students the opportunity to plan and execute real machine learning projects to solve real-world problems.”

The collaboration with PhazeRo will also benefit students who will be joining the recently approved GUtech’s Bachelor of Artificial Intelligence programme. Upon launching the programme, PhazeRo will be engaged to deliver specialised courses.

The collaboration also aims at extending AI courses and trainings to passionate professionals seeking to upskill their technical knowledge in machine learning and AI applications.

The signing ceremony was held at GUtech campus in the presence of Mr Talal Al Nabulsi, responsible for training at GUtech’s training unit (TSSC), and Ms Reem Al Taei, the Business Development Executive at PhazeRo. 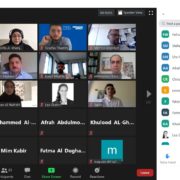 Virtual internships are the norm this year as the global pandemic has affected countless plans including internships. Amid these unprecedented times, RWTH Aachen University and the German University of Technology in Oman (GUtech) are forging new paths in cooperation to help students get real-life practice. Virtual internships under the supervision of experts from RWTH Aachen University allow students to continue learning and gain valuable experiences. “We are happy to find solutions in these difficult times” said Prof. Dr. Ute Habel, Vice-Rector for International Affairs at RWTH Aachen University. “This is a way to raise awareness about each other and to find new ways to collaborate digitally in these extraordinary times.”

While students are staying home over the summer break and employers in Oman have limited options of hosting student interns, they can use this time to continue learning. GUtech Bachelor students in Applied Geosciences, Computer Science International Business and Service Management, Logistics, and Mechanical Engineering are hosted as interns in various faculties at RWTH Aachen University. During their internships, students are working to find solutions for concrete scientific problems in their fields of study.

In addition to the valuable technical and scientific experience, students also gain intercultural skills. They are matched with “Online-Buddies” from RWTH Aachen University to support them during the experience and facilitate personal exchange on the student level. 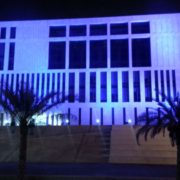 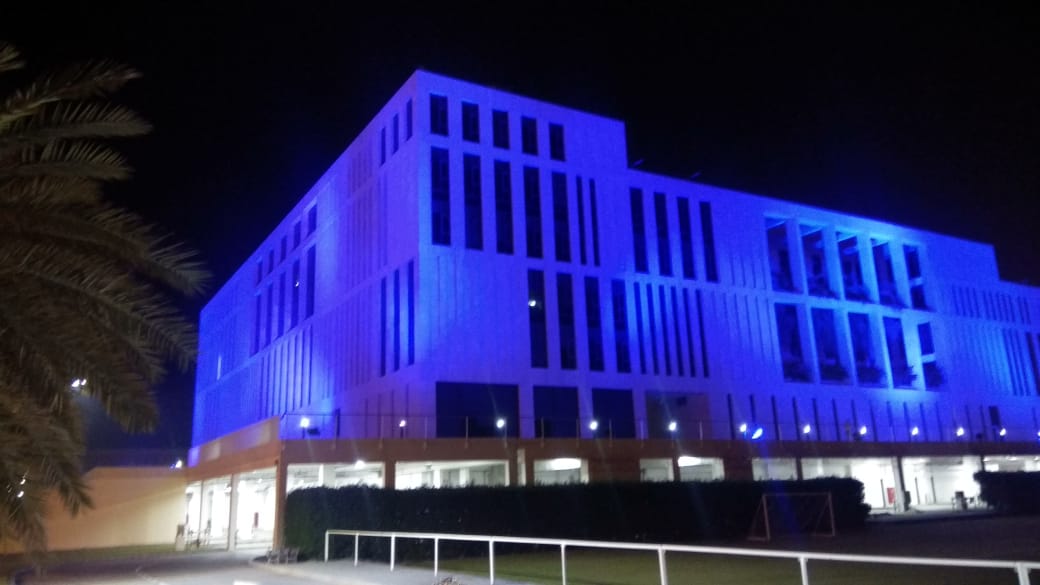 GUtech campus glowing in blue to honour the efforts of all professionals keeping us safe and protected.

To honour health professionals and all frontline staff and workers who are confronting the Covid-19 virus in hospitals and health centres, GUtech lights up its buildings in blue each evening at dark for an indefinite period of time starting from tonight, 11 May 2020.

Illuminating buildings in blue lights, GUtech rectorate and community show appreciation and gratefulness for the dedication and sacrifice of all professionals and remind all of us to wash hands and keep social distancing.

“We are glowing our campus in blue which can be seen from far to send a message of hope to the community around us for a better tomorrow and to say thank you to health professionals and all others for their hard work.” The Acting Rector, Dr Hussain Al Salmi, stated in support of all those professionals who are keeping us protected during the pandemic. 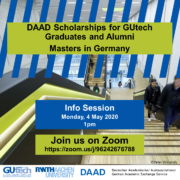 The DAAD is offering a special scholarship for the MSc Sustainable Management – Water and Energy at RWTH Aachen University to current graduates and alumni from GUtech’s Environmental Engineering programme. If you would like to learn more, please join us the upcoming Info session on DAAD Scholarships for GUtech Graduates and Alumni – Masters in Germany on Monday, 4 May 1pm https://zoom.us/j/96242676788 We will be joined by Thomas Dondorf from RWTH Aachen University, who is coordinating the MSc Sustainable Management – Water and Energy scholarship programme, so get your questions ready. 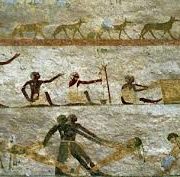 COVID – 19 is affecting all our lives in multiple ways. Supermarkets are running out of toilet paper, pasta and hand sanitizer, small shops have to close, airlines stop operating – the economy all over the world has to face some severe changes!?

Meanwhile we are questioning ourselves: What impact will this crisis have on the Tourism sector!? Our research team is about to answer this question with your very much appreciated help!

The Research Team in GUtech’s Faculty of Business and Economics is asking the public to participate in a survey-based study to understand the acceptance of virtual tours during the spread of Coronavirus (COVID-19).

This research is about the use of Virtual Tours during crisis such as COVID-19 and its acceptance by the society (you).

The survey can be found at this link: https://forms.gle/AF34PSHjkaiBMAHf6