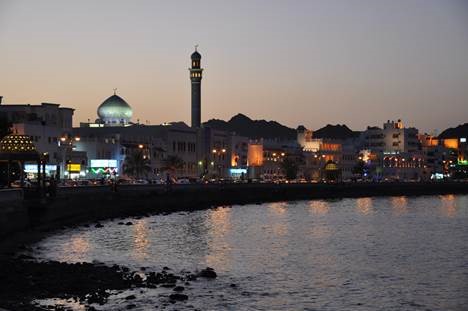 “How to read an Ocean? Connectivity in Motion. Port Cities of the Indian Ocean”

The Research Center Indian Ocean (RIO) of the German University of Technology in Oman invites the public for a public lecture by Prof Dr. Burkhard Schnepel, Martin Luther University, Halle-Wittenberg (Germany) and Max Planck Institute for Social Anthropology. “Since its first times of seafaring, the Indian Ocean has remained the mayor life nerve for all nations living around it.” said Prof. Dr. Michael Jansen, Director of the Research Centre Indian Ocean.

Prof. Schnepel is currently the Director of the Max Planck Fellowship-Programme entitled “Connectivity in Motion: Port Cities of the Indian Ocean”. He is an internationally renowned Social Anthropologist. He is also a Member of the Expert Committee on the Indian Ocean of the Foreign Office in Germany. His research areas include the phenomenon of ‘hubs’ and networks between East Africa, Mauritius, India and the Indian Ocean World. “This basic capacity of so-called ‘maritime hubbing’ was constantly refined and extended, and consequently being made use of outside the maritime world as well at various levels and in different domains or dimensions of socio-cultural, technical, economic and political life,” said Burkhard Schnepel, who is a member of a Research Group at the Research Centre Indian Ocean (RIO). He will be part of a three-day workshop on the research topic: “Ports and Trans-Ports; Evolution and Revolution(s) in the Indian Ocean World” The exclusive research workshop will take place at GUtech. Experts from more than eight countries will meet to discuss the potentials for a large international conference to be held in Muscat in 2020 on the role of Oman in the Indian Ocean World, its past, present and future. Prof. Dr. Burkhard Schnepel’s research interests include the following areas: Divine Kingship of the Shilluk of the Southern Sudan, the Theories of Divine Kingship and Political Theology, the History of Anthropological Thought, Historical Anthropology, Orientalism, Tourism and Cultural Heritage.

The fringes of the Indian Ocean including the Sultanate of Oman are not only the cradle of the three earliest World Civilizations, Egypt, Mesopotamia and Indus Valley, but also the cradle of the major World Religions, Judaism, Hinduism, Buddhism, Christianity and Islam. The Sultanate of Oman covers a central position within the interaction sphere of the earliest civilizations. Since the earliest times Omanis made use of boats as proved in Ras al Hadd. In the third Millennium contacts from Oman, at least of trading, consisted to the Indus Civilization and to Mesopotamia as again proved in Ras al Hadd, Dahwa near Sohar and Salut.

Omani ports like Sohar, Qualhat, Sur and al Baleed in Dhofar played a major role. Throughout its history Oman remained in contact with the Indian Ocean World before two thousand years, with the Silk Road to the Sea along with the sea trade of the Roman Empire as proved in Khor Rohri, followed by the trade with China during the Abbasid period. With the appearance of the Portuguese in 1497 the European colonial phase started with consequences in various fields, that we may feel up to today. The most recent movements are marked by a competition for trade and influence along the important international sea and new land routes.

‘Ports and Trans-Ports in the Indian Ocean’ – An international Workshop...
X
X
Scroll to top